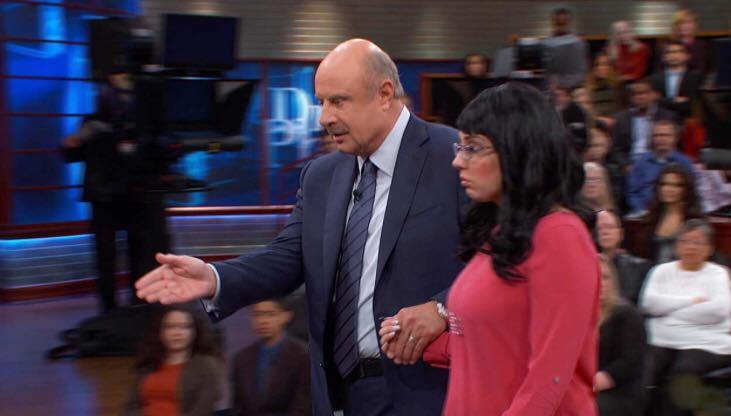 In an article I wrote posted on Feb. 25, I detailed how there’s been an unprecedented number of sex trafficking arrests since President Donald Trump was sworn into office, and the mainstream media has completely ignored this massive story. The initial wave of arrests did not involve high-profile persons or government officials. However, that’s changed. There have been dozens of high-profile pedophiles arrested for child sex trafficking including authority figures, and in a bombshell interview Dr. Phil did with a sex trafficking victim – who was sold into an elite international pedophile ring – she claimed that members of the FBI, politicians, celebrities and sports team owners were just some of the people who raped her and other children including infants.

A woman who went by the name Kendall told Dr. Phil on his show that her parents sold her into the elite sex trafficking ring at birth. She told Dr. Phil the clients were wealthy men and women including high-profile members of law enforcement, FBI agents, judges and politicians. Dr. Phil said that not only does he believe Kendall to the “core of his soul” but also his show producers investigated her story for four months. He said that several agencies confirmed to him that Kendall was indeed trafficked, raped, molested and severely abused by a very large and very dangerous organization. Kendall detailed how she and other children and babies were transported to major sporting events such as the Super Bowl and the Olympics and were trafficked to wealthy elite clients. She said she and the other victims were brutally raped and tortured so bad that they often were left with physical injuries such as broken ribs. Kendall said she was flown in private jets and taken to mansions and private islands. When the children weren’t being abused, she said they were kept underground in cages. She said that some of the clients would buy her and other children also to play twisted hunting games. For example, some of the clients would hunt her and the other children in a fashion similar to human hunting games depicted in films such as the Hunger Games and the Hostile movies.

Dr. Phil gave this warning at the beginning of his show: “[Kendall’s story] is so shocking, so unbelievable, that your mind is going to struggle to allow you to accept that things like this exist. But they do and they are happening right now all over the world.” As someone who has extensively covered the horrors of child sex trafficking and personally met face-to-face with victims, I understand that it’s very difficult for people to believe that this kind of evil exists in the world. However, people who choose to turn a blind eye to this epidemic are part of the problem. Child sex trafficking is real and some of the most powerful people in the world are involved. Recently, there have been many people in positions of power who have been taken down and I can guarantee this is only the tip of the iceberg. Here are a few big arrests that have been made:

In February, authorities arrested the son of convicted child rapist Jerry Sandusky, Jeffrey, and charged him of child sex abuse. (It’s important to note here that one of Jerry’s victims alleged on Dr. Phil that the disgraced Penn State assistant football coach was part of a pedophile network.)

In early March, Fort Worth police officer David Brintnell was charged with sexual assault of a child.

On March 16, San Francisco police announced that the Education Director of a Marin County film institute was arrested on suspicion for having child pornography.

On March 18, USA Today reported that child sex abuse claims involving Louisville police in Kentucky have gotten so out of hand that Mayor Greg Fischer asked the FBI to get involved and investigate.

On March 18, police arrested Air Force Captain Dirk Watson for attempting to meet who he believed was a 14-year-old girl allegedly for sex.

This episode re-aired on the OWN network on Aug. 11. However, Dr. Phil was met with immediate backlash for exposing the elite pedophlia problem after it first aired. The episode was scrubbed from his YouYube channel and his show was canceled from Dutch TV a week later. It should be noted the Netherlands are tied to the elite pedophile network. Roger Stone tweeted on Aug. 5 that General Mike Flynn has a list of high-level pedophiles that will “decimate” the Deep State with the hashtag Netherlands. I wrote in my Townhall column that the child sex trafficking story will eventually get so big that the MSM will have no choice but to cover it. Thankfully, Dr. Phil had the courage to expose this massive scandal. However, as more arrests go down involving politicians and other powerful elites, how are the so-called journalists in the MSM going to explain their turning a blind eye to this story when children are being brutalized in the most horrific ways in massive numbers everyday? Like I’ve said before, the good news is that Trump – along with members of his administration and good public figures familiar with this epidemic such as James Woods, Roseanne Barr and Michael Flynn Jr. – are bringing this dark topic to light and working hard to end child sex trafficking.

Liz Crokin is an investigative journalist and the award-winning author of Malice.

If you are able, please support Liz Crokin’s ongoing fight against child sex trafficking with prayer and by clicking here.